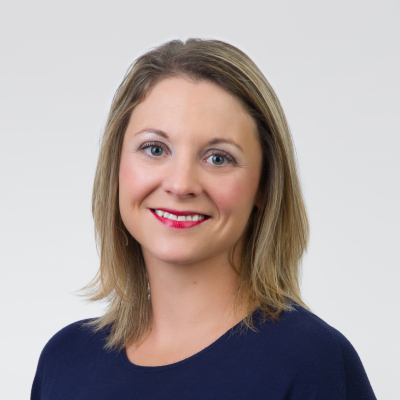 Until now, laboratory technicians handling known or potential biological hazards have done so in either a Class II, Type A or Type B biosafety cabinet, depending on their application(s). If technicians needed to significantly change their work, they would likely have to change enclosures as well. Now, a new biosafety cabinet has reached the market that blurs these long-established lines.

The recently released Class II, Type C1 biosafety cabinet can function in either Type A or Type B mode, offering flexibility and increased efficiency in the process. It is the first of its kind and is being well received by professionals in the industry. 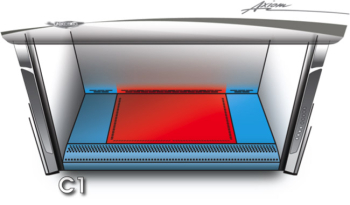 Type A biosafety cabinets recirculate filtered air back into laboratories for use with applications generating airborne hazardous particulates, and Type B biosafety cabinets are ducted to the outside for use with biohazardous applications that also involve fumes and vapors. The Type C1 is unique in its versatility because it can function in either Type A or Type B mode.

“The Axiom has the flexibility of an A2 with the safety of a B, but enhanced,” Brian Garrett, one of the two designers of the Type C1 Purifier® Axiom™, says.

Switching between Type A and Type B mode takes approximately fifteen minutes on the mechanical and programming sides, Garrett says, then the unit must be recertified each time the switch is made.

Glen Berry, President and Owner of Design for Science based in Carlsbad, California, learned about the new Type C1 at the American Biological Safety Association (ABSA) Annual Conference held in San Diego in October. Berry says he appreciates the flexibility of the Type C1 when specifying biosafety cabinets for projects.

“In the past, I’ve always had to choose between an A or a B cabinet,” Berry says. “In this case, it’s exactly the same cabinet. They’ve reduced my menu from two choices to one.”

“In my opinion, on any project where a biosafety cabinet is needed, this C1 is going to work,” he says. “It’s appropriate to spec, ducted or not.”

Jim Cartwright, Principal of HERA Laboratory Planners based in St. Louis, Missouri, also says that he sees the flexibility of the Type C1.

“The fact that you can do B1/B2 type work and not have to have a dedicated exhaust system is huge,” Cartwright says.

In addition, Cartwright says he thinks the Axiom is a good option for laboratories that could have some application variance down the line.

“It [the Type C1] would be good in instances where the nature of the work in the lab may change over time,” he says. “You wouldn’t necessarily have to buy new equipment.” 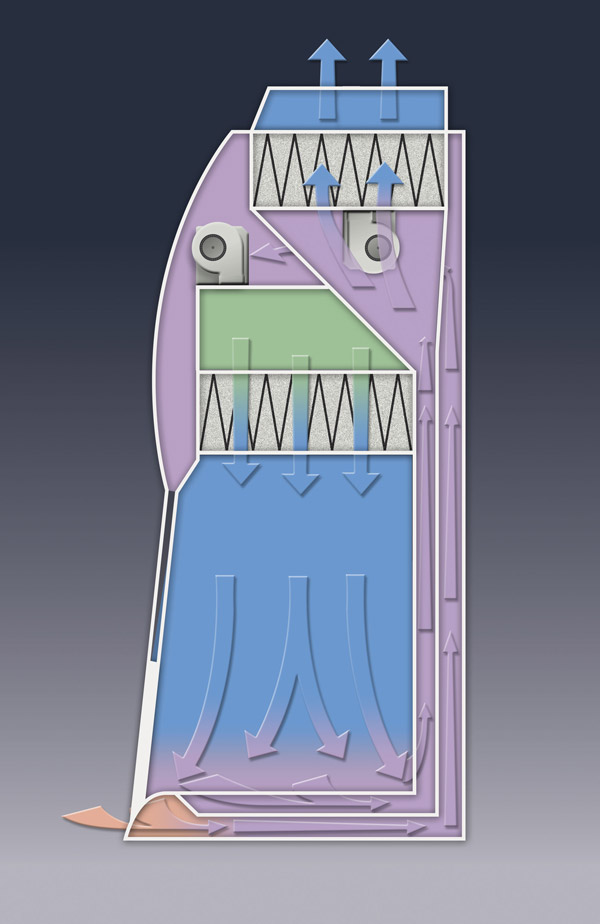 A key feature of the new C1 technology is the low negative static pressure achieved at the face of the Purifier Axiom when it is being operated in Type B mode.

According to NSF/ANSI 49—the standard that establishes design, construction and performance requirements for Class II biosafety cabinets—Type B cabinets typically have a minimum negative static pressure of 1.5". The new C1 has a significantly lower static pressure at just 0.2"-0.4".

That lower number makes a big difference, as it increases both energy and cost efficiencies, Garrett says.

“We needed to get the static pressure down and still get the protection of a Type B cabinet,” he says. “That was the goal.”

Jim Cartwright—who has been a registered architect for almost 30 years and has been doing laboratory work since 2001—says he thinks the low static pressure could indeed save laboratories energy and money.

“It does make it a lot easier on the exhaust system,” he says.

Glen Berry, who has 28 years of experience designing laboratories, also says he is impressed by the low static pressure achieved at the face of the Axiom.

“The major thing about this new cabinet is that the static pressure is very low,” Berry says. “Higher static pressure just means that they [laboratories] have to put a lot of suction on that exhaust, and it’s not that it can’t be done. It just costs money.”

Berry says he thinks the new C1 technology will allow laboratories to operate with more efficiency.

“Historically, being able to exhaust a biosafety cabinet has always been a problem because they have relatively high static pressure,” Berry says. “They [the designers of the C1] have, in effect, solved this problem that has existed for the last 50 years, and they’re the first ones to do it.”