Seeding Labs: Connecting the World of Science, One Equipment Donation at a Time 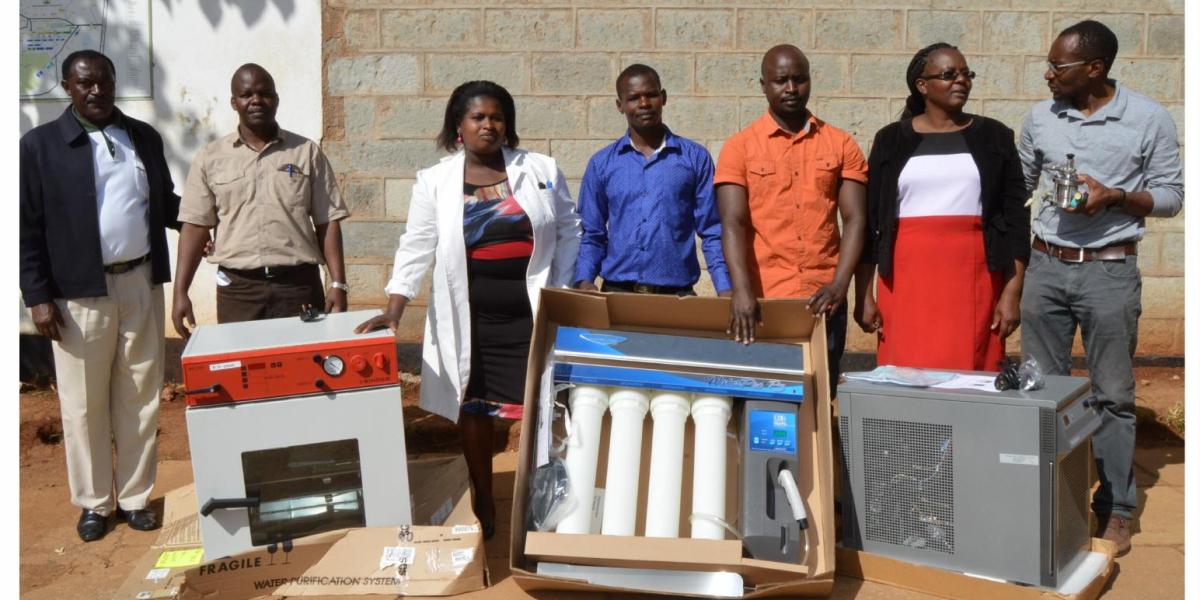 Today, researchers at the University of Kwanzulu-Natal in Durban, South Africa work to discover treatments for drug-resistant diseases such as tuberculosis and HIV. Researchers at the Chinhoyi University of Technology in Zimbabwe are working to bring point-of-care rapid diagnostic kits for malaria to market and have patented a test to determine when cattle are in heat, aiding dairy farmers and spearheading economic development in Southern Africa. At Embu University College in Embu, Kenya, researchers turn to microbial diversity to understand and predict the impact climate change will have on the productivity of ecosystems.

All critically important work—critically important work made possible in part by one organization that provides something other labs may take for granted: functional, up-to-date laboratory equipment required to perform the science at hand. It seems simple, but for the labs receiving the tools—and Seeding Labs, the nonprofit that provides them—it’s not simple. It’s vital.

Seeding Labs has many programs that bring its vision to life, and Instrumental Access leads the charge. As the flagship program of the organization, Instrumental Access provides equipment, support, training, and education to labs chosen via a stringent selection process. In 2017, 15 labs were chosen for the program, including the University of the West Indies in Jamaica (working on mosquito vector control), Nong Lam University in Vietnam (working with clean energy production and wastewater treatment), and 13 others.

Besides monetary aid to support its Instrumental Access program, Seeding Labs seeks equipment that is suitable for a university lab setting—colorimeters, hot plates, mass spectrometers, scanning electron microscopes, electrophoresis equipment, ultralow temperature freezers, and the like. Each piece of equipment must be in good, working condition, be serviceable, and have a life expectancy of at least three years. Donors provide equipment to Seeding Labs, and Seeding Labs donates directly to the labs—a system that affords donating companies both protection and convenience.

Once the equipment is acquired, selected labs have the opportunity to choose up to a 20-foot shipping container full of equipment via an online portal. The process is a high-touch one before, during, and after the shipment. Before the shipping container leaves for its destination, for example, Seeding Labs connects with researchers to ensure they have the proper power plan and frequency converters specific to the equipment. After the shipping container arrives, Seeding Labs requests unpacking photos and stays in regular contact with the labs, looping them in on additional grant opportunities, offering technical support, and connecting them with colleagues in the U.S. or elsewhere in the world.

The success of the Instrumental Access program would not be possible without the generosity of its donors. For example, Seeding Labs recently honored Merck with a Global Catalyst Award for their “unmatched contributions and their commitment to expanding their global impact. The pharma giant has donated more equipment by value than any other company to date.

Another key donor is Kansas City-based Labconco Corporation, the biggest equipment manufacturing donor by a margin of over 20 percent. It’s the manufacturing part, Lillianfeld, says, that can make a big difference.

“We truly care about quality, so we love it when equipment comes directly from the manufacturer. If it’s coming from Labconco, you know quality is what you’re getting,” Lillianfeld said. “Plus, the items Labconco makes are the building blocks of the labs we service—hoods, freeze dryers, water purifiers—so they’re hard to get. And necessary.”

The History and Mission

Based in Boston, Massachusetts, Seeding Labs began as a student group at Harvard in 2003. The Founder and now-CEO—Nina Dudnik, PhD—was a Fulbright Scholar working at an international agricultural research center on the Ivory Coast. Her lab mates were world-class scientists, but she noticed the research center was grossly under-funded to the point of hand-washing centrifuge tubes. When she returned to Harvard Medical School to complete her PhD, she noticed the stark difference in resources. As she walked past perfectly good lab equipment sitting in a hallway waiting to be disposed of, it clicked: People could use that.

Today, Seeding Labs is a 501(c)(3) non-profit that has sent a total of 58 shipments to 51 institutions in 28 countries. Overall, the 148 tons of centrifuges, water purifiers, biosafety cabinets, and more have amounted to a fair market value of $5.2 million dollars. It’s hard work aligning the logistics of such large shipments, providing additional training and resources to labs to ensure the equipment is used to its fullest, and finding, vetting, and storing the donated equipment in the first place. However, it’s worth it all and then some, Robert Lillianfeld, PhD, Director of Corporate Relations for Seeding Labs, told Laboratory Equipment.

According to Lillianfeld, even science that affects specific locales—for instance, the outbreak of Ebola in Africa—has borderless implications.

“It [Ebola] was a regional problem in Eastern Africa until it got out, but the science behind the problem was always still globally significant,” Lillianfeld said. “Think of railroad engineers who started thermodynamics. Thermodynamics is important to many fields of science—just because you’re not living somewhere with a railroad doesn’t mean you can’t benefit from understanding the science behind railroads. It’s the same concept.”

The Instrumental Access program is its lifeblood, but Seeding Labs has its philanthropic eyes on other endeavors, too, like building its Ambassador program and curating videos and participants for its budding Remote Learning Platform. Bottom line: Everything the organization does is to either make the world of science a much smaller place or a much larger place, depending on how you’re looking at it.

“I’ve heard many scientists say, ‘I wish there was something I could do to make a difference. I feel like it’s all so esoteric,’” Lillianfeld told Laboratory Equipment. “But I disagree. I can introduce you to many scientists who are sweating it out to make that impact. It’s possible. Making a difference, I think, is a baseline for scientists. They look at the world and say, ‘I can learn more about that. I can make it better.’ We just get them the tools they need to do it.”

If you’d like to learn more about Seeding Labs and/or donate to its mission, visit seedinglabs.org.