Superglue Fuming and Forensics: What You Need to Know 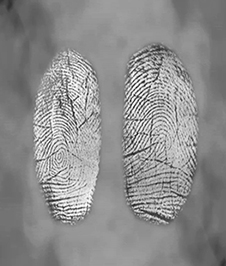 A fingerprint is an essential piece of information gathered at a crime scene. It can, in fact, be the differentiating factor an investigator will use to ultimately prove guilt or innocence in a case. How fingerprints are captured depends on the type of print: visible prints can be recorded with a photograph, and so can impression prints (if appropriate lighting is used).

Latent prints, on the other hand, are invisible and must be processed with powders or chemicals. In these circumstances, many investigators turn to cyanoacrylate (CA) fuming—otherwise known as superglue fuming. This common, user-friendly fingerprint retrieval technique is used to process non-porous and semi-porous pieces of evidence from crime scenes.

The History of Superglue Fuming

Around the same time in the late 1970s, forensic scientists in the UK, Canada and Japan all independently discovered that superglue could be used for latent fingerprint development. In 1980, two U.S. military fingerprint experts who had been working near Tokyo returned to the United States and, borrowing information they had gathered during their time in Japan, brought the technique to American soil. Today, it is widely utilized in police departments across the country.

The Science Behind the Technique

A latent (or dormant) fingerprint contains mostly water, but there are solid components as well that remain after the liquid has dried. Solid components include traces of both organic (amino acids, lactic acid) and inorganic (chlorine, sodium) compounds. When a substance is applied that will chemically react with the components of the fingerprint—in this case, cyanoacrylate—the fingerprint becomes visible.

The cyanoacrylate must be in gaseous form, hence the latter part of the term "CA fuming." For this to happen, investigators use a small amount of liquid superglue, a heat source and an enclosed chamber.

As a practical means of solidifying key pieces of evidence, this technique is not overly complicated. That does not mean, however, that there are not factors technicians must consider.

Nobody knows this better than Matthew Schwarz, CLPE, CPES and President and CEO of Schwarz Forensic Enterprises, who characterized cyanoacrylate fuming as a staple technique for crime scene investigators—a technique that, while widely accessible to those in the field, isn't without a unique set of requirements for success.

"Superglue [fuming] is relatively simple to do, but when law enforcement starts trying to do it in a DIY-fashion, it can be a very inconsistent process that can lead to inconsistent results," Schwarz says. "Repeatability in results and consistency of the process are critical."

The Value of Superglue Fuming to Forensic Scientists

Successful fingerprint processing results lead to some of the most powerful pieces of information gained fromcrime scenes, helping investigators form conclusions that can make or break cases.  It is, after all, hard to argue with science. When variables are controlled to maximize consistency, cyanoacrylate or superglue fuming is of significant value to forensic investigators because it is a cost-effective, user-friendly method for latent fingerprint development.