Tune into the nightly news and you may not be surprised to hear a story about the growing opioid epidemic in the United States. Opioids, which are analgesic drugs with a high liability for abuse, are typically prescribed to treat severe pain. Often intended for short usage periods, addiction rates to opioids have skyrocketed, broadening the number of communities that have been impacted by the crisis. For prescribed patients or drug users that use opioids for extended periods, many must continually increase their dose sizes to overcome tolerances that inhibit these drugs’ therapeutic pain-relieving effect. Often, increasing a dose eventually leads to a search for more potent opioids, and perhaps none is more common than fentanyl.

In many ways, fentanyl is an exceptionally useful drug. Originally discovered by Paul Janssen in 1960, the highly potent pharmaceutical is frequently utilized to treat acute and chronic pain. It’s also administered in support of anesthesia. The most remarkable characteristic of the drug is its potency. At roughly 100 times more potent than morphine, fentanyl typically finds itself near the top of lists of hazardous drugs.

Despite recent media attention devoted to fentanyl, the presence of the drug itself is nothing new in healthcare settings. It has been prescribed for decades, and is typically handled in dosage forms that minimize unwanted exposure for healthcare professionals. Examples of common forms of fentanyl include transdermal patches for extended-release dosing, intravenous injection in support of general anesthesia, and as oral lozenges for patients needing immediate relief from acute pain. Safe dosage forms also help to explain why accidental/inadvertent overdoses by healthcare professionals are extremely rare.

The problem with fentanyl arises when the drug is in raw powder form. Prior to being placed into a controlled drug format (i.e. transdermal patch, injectable solution from a vial, etc.), fentanyl is synthesized and purified in salt form. Fentanyl’s appearance is white and powderous in nature, much like flour, and it can easily be confused for illicit drugs with much lower potencies such as heroin or cocaine. As the drug’s street popularity has increased, fentanyl has increasingly been discovered mixed into other drug products.

And here is the cause for concern – lethal doses of heroin, fentanyl and carfentanil side by side: 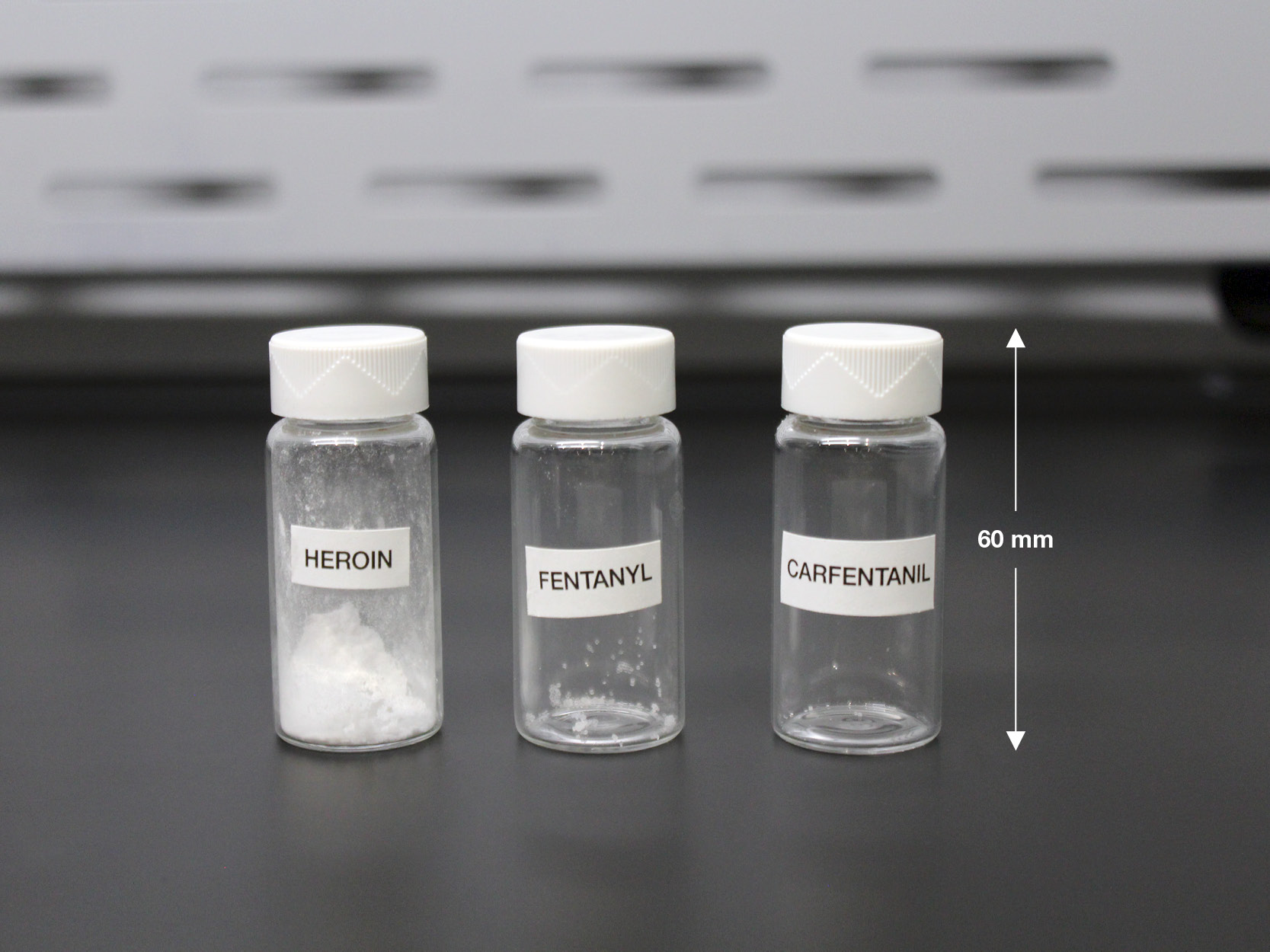 Who is at risk?

Crime scene processors and forensics laboratory technicians are perhaps the most at-risk for accidental exposure to fentanyl, besides those who willingly take the drug. Unless in a sealed, original container, it is impossible to discern the nature of a powder sample. Therefore, extreme care must be used when collecting and handling any substance potentially containing fentanyl from a crime scene, or during analysis in a laboratory.

How should I protect myself?

Personal Protective Equipment (PPE) should be worn at all times when handling any hazardous drug. PPE should include proper respirators for protection from powders, protective eyeglasses or a face shield, a laboratory coat or coveralls, and non-porous gloves.

Any potentially hazardous sample should also be handled in a containment enclosure designed specifically for safe manipulation of potent compounds. These enclosures provide a secondary protection beyond PPE by creating a controlled, negative pressure environment to further reduce exposure to hazardous powders.

Enclosures for handling of potent compounds should: 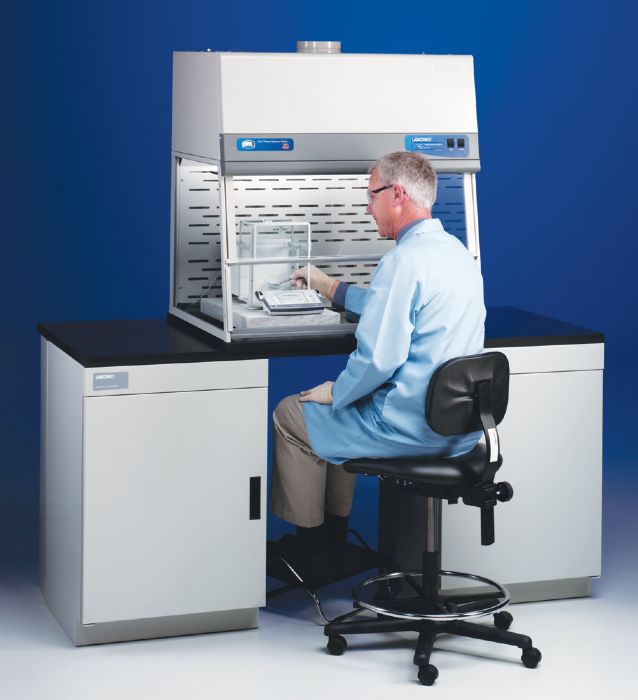 Who can I consult?

Not sure you’re outfitted with the right enclosure to safely handle fentanyl, or other hazardous powders? Get in touch with a containment expert.