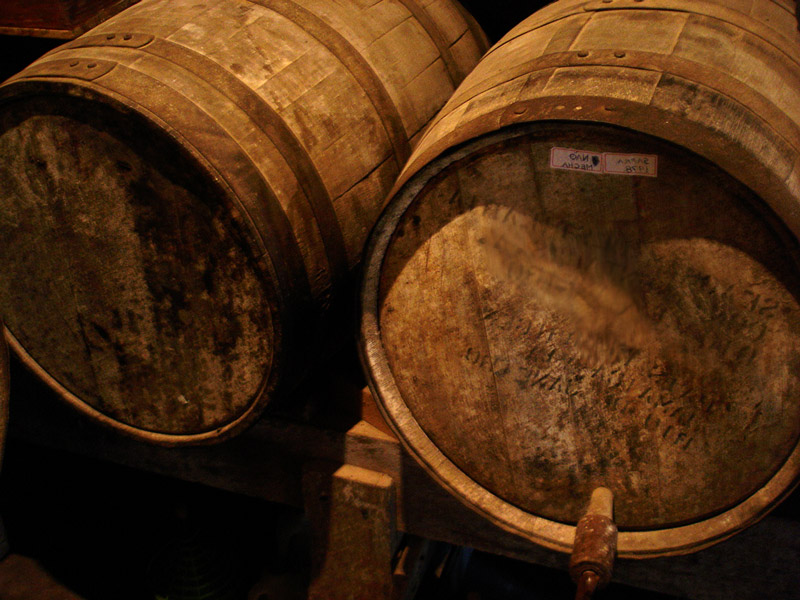 Picture a whiskey barrel—an oaky, charred wooden cylinder soaking and aging the spirit. The alcohol seeps into the crevices of the wood, mixing with the barrel's own natural compounds to achieve a unique flavor and aroma. After the whiskey matures and leaves the distillery, it will find its way to the bottom of a lowball glass or snifter. Maybe ice will clink against the glass; then again, maybe not. Straight up, on the rocks or in a nice Manhattan—there’s no wrong way to sip a fine whiskey.

What of that whiskey barrel, though, when the intoxicating nectar is gone? What could become of it? Some great minds and talented chefs based in Kansas City had an idea to capture and use the warm, vanilla-like flavor soaked into the oak. And it was a pretty sweet idea, at that.

A RECIPE FOR SUCCESS

Christopher Elbow, owner of Christopher Elbow Artisanal Chocolate, and Aaron Prater, chef and Associate Professor at Johnson County Community College, have known each other for about eight years. Lately, when their paths would cross, they couldn't help but discuss the possibilities of using science in the kitchen.

"We were both really excited about fusing science and food and the molecular gastronomy movement," Elbow says. "Every time I would see him [Prater], he would be telling me the equipment he's working with and what he's trying to do."

One day, Prater asked if there as anything Elbow wanted to create.

"After thinking about if for a while, I thought of a few things that hadn't been done before," Elbow says. He told his friend he was interested in isolating the flavor of whiskey. The result had to be all-natural, though, without unnecessary extracts or additives. It had to be pure.

Prater was admittedly all too happy to oblige his friend's request, as his desire to use new techniques in the kitchen grew from a curiosity shared by many of his culinary counterparts.

"The philosophy behind all this is that, as cooks, we are really good at the how," Prater says. "But we don't always know the why. There's been a big discussion in the chef community about this. We know how to cook, but we don't really know what is happening when we do..."

NEXT: Making a better chocolate, whiskey-style (part 2 of 3)

To taste some delicious chocolate in person, get a personal glimpse of the extraction technique, and to improve your own lyophilization process development skills, attend the one-time-only class that resulted from this process, a very special Pittcon Short Course in New Orleans.