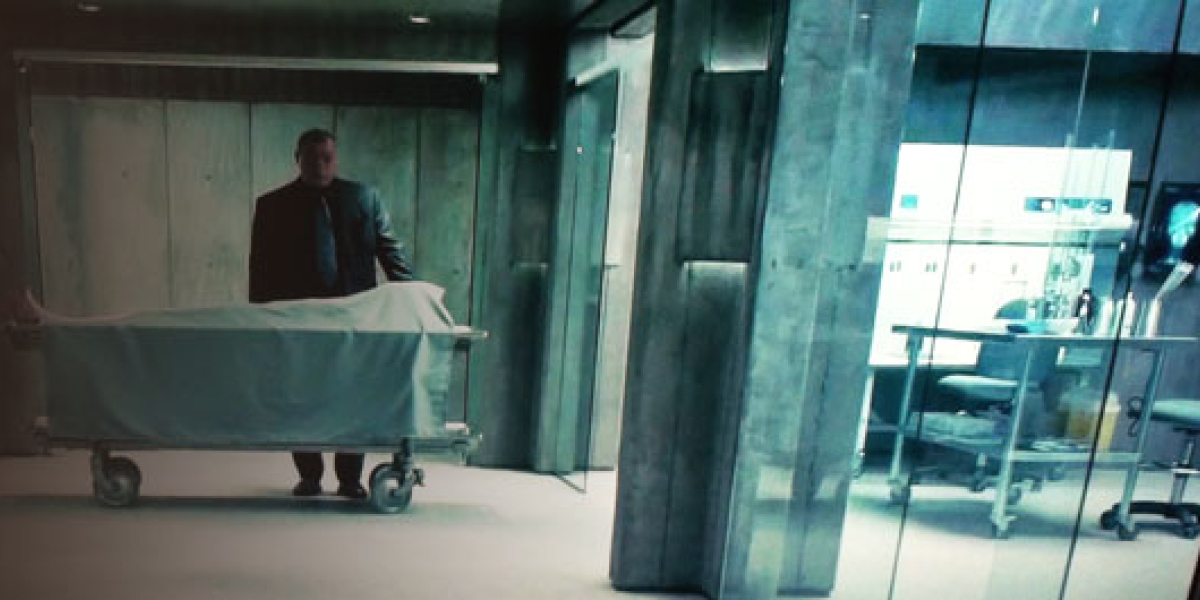 With the big buzz and chatter about Hannibal on television, there is no shortage of forensic fun to be had with science. Labconco equipment makes the Hannibal lab look nicely post-modern.

Just for fun, here's a way to bring your favorite mannerly cannibal to the table too.

“Before we begin, you must all be warned nothing here is vegetarian. Bon appétit.”

One would expect nothing less from Dr. Hannibal Lecter in NBC’s new drama “Hannibal.” After all, the serial-killer psychiatrist, made most famous by Anthony Hopkins in 1991’s “The Silence of the Lambs,” cemented his love for human flesh with the iconic line, “A census taker once tried to test me. I ate his liver with some fava beans and a nice Chianti.”

The love for the forbidden meat is front and center in the primetime series based on Thomas Harris’ novels. Lecter, played by Mads Mikkelsen, is an adept chef with a penchant for unusual ingredients.

“What he eats is what defines him,” explained Toronto-based food stylist Janice Poon who, along with chef José Andrés, creates the stunning, lush and creepy meals for “Hannibal.”

Poon was approached by the show’s prop master, who heard she was the only person for the job. The busy artist happened to be in the middle of another project when the offer came and thought working on “Hannibal” was “the perfect antidote to writing children’s books.”

She admitted it’s been an all-consuming project, which is telling for a woman who has... 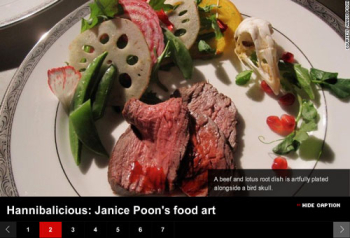 Read the entire story, "Hannibal Lectre's meals: An all consuming project" by Jennifer Wolfe on CNN.com.