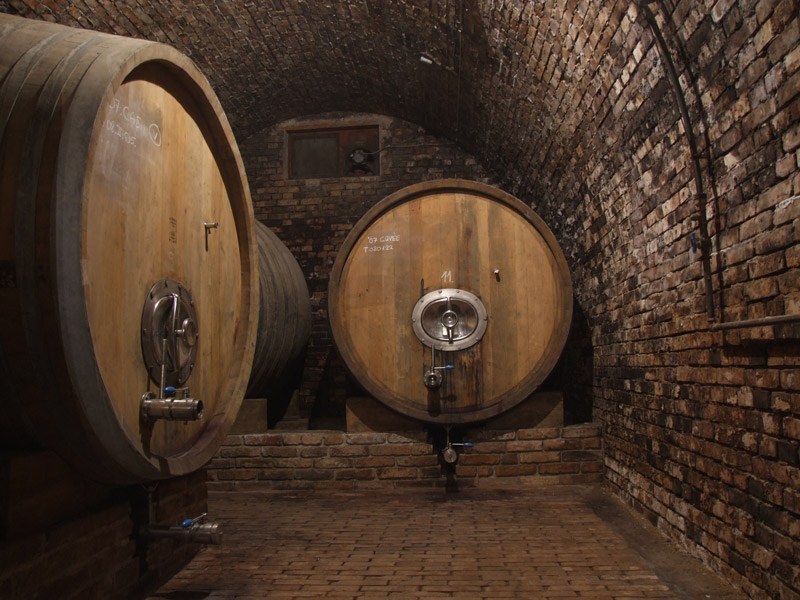 So Prater and Elbow mixed a spoonful of their scientific curiosity with a hearty dollop of their culinary expertise to produce something delicious from the essence of those flavor-soaked whiskey barrels—chocolate.

"Two things led me to putting whiskey flavor into chocolate: my affinity for whiskey and bourbon in general and the challenge of doing something that hadn't been done," Elbow says.

SCIENCE IN THE KITCHEN

Putting flavors into chocolate can be a bit tricky, primarily because adding water will cause it to seize. So, the warm, elegant flavors of the whiskey must be isolated into a powder form before infusion. Prater, with a little help from some science equipment and application experts at Labconco, had an idea to use a scientific technique—freeze-drying—to solve this problem.

The process begins in Prater's kitchen, where the whiskey-soaked barrel is cut into small pieces to increase surface area. This step is necessary because increased surface area means increased yield after the freeze-drying, or lyophilizing, process is complete. Next, Prater uses a maceration machine, often used for marinating meats, to force the whiskey deep into the pores of the barrel’s wood under vacuum.

The final step before the whiskey flavor meets the chocolate is freeze-drying, which requires additional equipment and expertise outside of Prater's kitchen.

Luckily, Labconco Corporation, a local company with a reputation for manufacturing a top quality line of lyophilizers, offered to assist Prater with the equipment and additional technical support required to complete his project.

Labconco receives the vacuum-sealed bags of whiskey barrel pieces from Prater after they have been through the maceration process. Then colleagues Deborah Goldstein and Kelly Williams condense, dilute and ultimately employ a -105° Freeze Dry System to isolate the flavor.

"When you're working with science, you can control the variables and do really amazing things," Goldstein says. "You can achieve extraordinary results in flavor."

The process takes days to complete. The end result, though, is...

NEXT: Making a better chocolate, whiskey-style (part 3 of 3)

To taste some delicious chocolate in person, get a personal glimpse of the extraction technique, and to improve your own lyophilization process development skills, attend the one-time-only class that resulted from this process, a very special Pittcon Short Course in New Orleans.