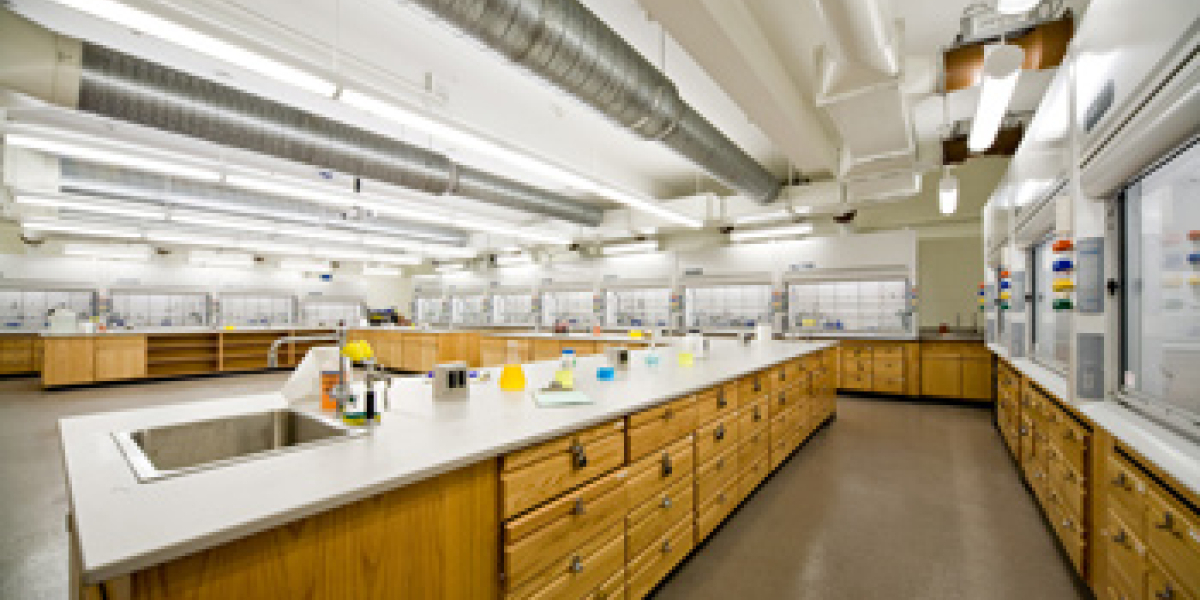 This project was completed under the leadership of R.I.T. chemistry professor Dr. Tina Collison. Dr. Collison was not happy with the air quality that the snorkel system was providing in her Chemistry Labs so she began researching possible solutions. In addition to poor fume removal, Dr. Collison saw other problems with the student’s use of the snorkels.

To capture the fumes effectively, it was hard to position the snorkels, and, the snorkel needed to be readjusted often. The snorkels were also very physically constraining and would get in the way of the students as they worked on their experiments. Dr. Collison was concerned with the potential for injury from students accidently hitting the snorkels as they worked.

She decided that her lab needed fume hoods and designed a floor plan that included 14 hoods in each lab. Early in the process she included R.I.T.’s Facilities Manager, David Lake. Initially David was concerned about the building's increased energy consumption needed to condition the additional air the new hoods would require. He reviewed designs and specifications for many hoods before he chose Labconco’s Protector XStream hoods. His concern was to be as “Green” as possible.

His decision was based on the XStream’s performance specifications and the low flow design that utilizes a rear downflow dual baffle system that helps keep the air from rolling forward inside the hood. He also liked the visually appealing appearance of the fume hoods. The XStream hoods are able to meet containment standards while operating at a face velocity of 60 fpm. This is a 20%-40% reduction in the tempered air requirement compared to traditional hoods that run at 80-100 fpm.

The Labconco Protector XStream Hoods have been in use at R.I.T. for over three years, and both Dr. Collison and Mr. Lake are very happy with their decision to replace the snorkel system, and in their choice of fume hoods. One added benefit Dr. Collison did not anticipate was the opportunity to teach her students how to properly work in a hood. She was amazed at the number of students that would initially stick their head in the hood or work on their knees putting their faces in the sash opening. She likes the additional physical protection the sash gives her students as opposed to working on an open bench.

Of course the energy savings are pretty nice, too!